- Vannessa Jackson from being a writer on Saturday Night Live, A Little Late w/ Lilly Singh, and The Late Show with Stephen Colbert

- Michelle Slonim from The Nick Cannon Show, ComedyCentral.com and HBO.com

- Ben Rosenfeld from his comedy special on Amazon Prime, SiriusXM, and FOX's Laughs

The show is located on the 2nd floor of

***In addition to the ticket price, there is a minimum of $20 food/drink per person during the show. ***

Can't make the show but love laughing? Our following show dates are September 17, October 22, and November 19

* Line-ups are subject to change without notice*

Vannessa Jackson is a comedian and writer writing on the 47th season of SATURDAY NIGHT LIVE. Previously, she wrote for A LITTLE LATE W/ LILLY SINGH and was a writing apprentice for season four of THE LATE SHOW WITH STEPHEN COLBERT.

Before leaping to New York, Vannessa honed her writing and celebrity stalking skills as an E! Shows writer for E! television networks. Still, she’ll always have a place in her heart for her first writing job with Tiger Beat magazine.

Laz Rivero is a standup comedian and actor. Laz has become one of New York City's most buzz-worthy new comedians. He burst onto the scene with his unique and hilarious views on life in a gentrified Brooklyn contrasted with recounts of growing up as a Cuban refugee raised in a cult. When not on the road, Laz can be seen regularly at Broadway Comedy Club, The Grisly Pear, Dangerfield’s, and all over NYC, or chasing his toddler around Park Slope.

David Roth is a Brooklyn-based comedian, author, and creative advertising director performing stand-up comedy since 2014. He does hundreds of live shows annually, and his book "LOL 101," published by Chronicle Books, is coming out in Spring 2023.

David has written two Super Bowl commercials in his career and collaborated with Jim Gaffigan, Bob Odenkirk, Larry Charles, and JB Smoove. Other highlights include performing at Outside Lands on the same stage as John Mulaney and Anthony Jeselnik and a show at Gotham Comedy Club NY where Jerry Seinfeld dropped in right after him. David produces three recurring shows, including The Charm Offensive at the San Francisco Punch Line, has made over a dozen festival appearances, and has been featured multiple times in The SF Weekly.

Sean Lynch is best known for his appearances on Comedy Central's Contest Searchlight with Denis Leary and Lenny Clarke, and various voices on his hit MTV show Celebrity Deathmatch. Sean has also appeared on MTV Spring Break, Showtime's Comedy Shorts, and HBO's Flashback. He has written for MTV, Spike TV, and The Food Network. His voice is well known as an announcer for MTV, The Grand Theft Auto game series, and several commercials. Lynch's comedic style has been described as "A storyteller with the energy and vocal versatility of Robin Williams tempered with the folksy narrative of a young Garrison Keillor."

Two days after Michelle Slonim gave birth to a baby girl, Michelle received an email saying she was cast in a sketch for Late Night with Seth Meyers. Michelle had gone on many auditions: once in a chicken costume, another time in a bikini while eight months pregnant, and she never got the part. Now a week after her baby was welcomed into the world, Michelle’s in hair, makeup, and wardrobe, on set for a major network television show. She plans to have a second child so she can make an appearance on Colbert. Michelle has appeared on Comedy Central, HBO web shows, and SiriusXM Radio. You can see her performing stand-up comedy in most clubs and bar shows in New York City.

Ben Rosenfeld's comedy is “playfully dark, brilliant.” Ben’s comedy blends his family’s experience as Russian Jewish immigrants in America with his philosophical beliefs, political observations, and unique characters. Ben has been seen on BuzzFeed Video and is slightly “TikTok famous” with over a quarter-million followers and 11 million likes. He’s also appeared on FOX’s Laughs, Travel Channel’s Mysteries At The Museum, CBS This Morning, Nat Geo’s Brain Games, Netflix’s Brainchild, NPR’s Weekend Edition, SiriusXM Radio, The New York Post, and been featured as TimeOut New York’s Joke of the Week. He has twice headlined at Caroline’s on Broadway, hosted at the Lincoln Center, and performs nightly in New York City. Ben has four comedy albums and two illustrated humor books. 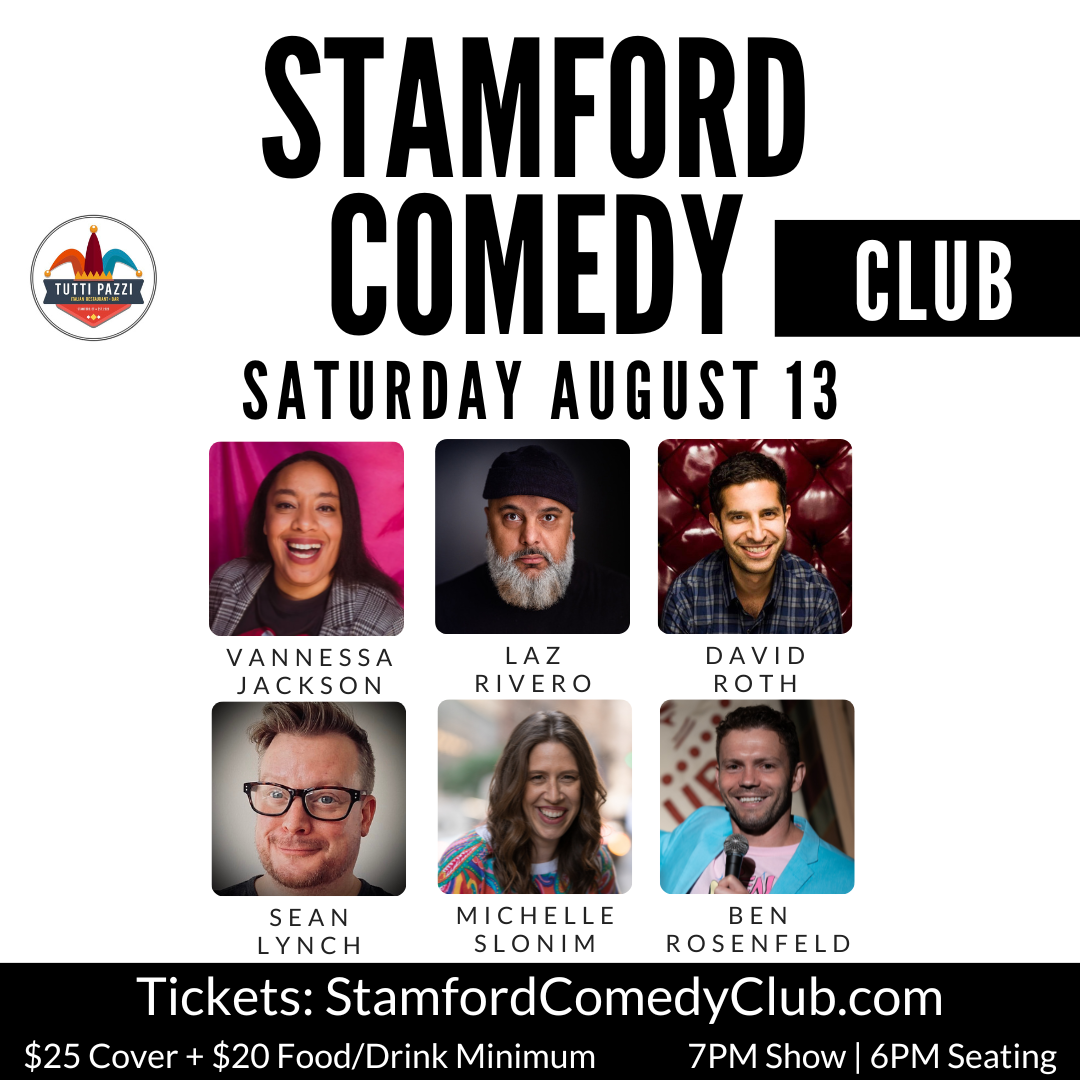 Say Something or Ask a Question Add Photos

Add My Business Add My Event